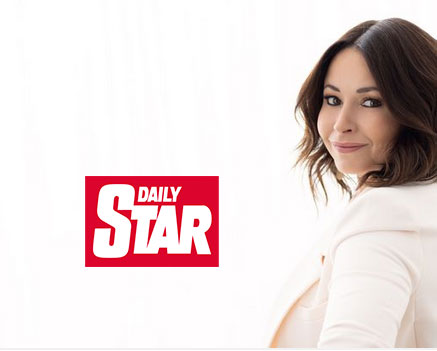 Erika Gabriel, from the US, first realised she could contact the spirit world aged seven – now she works with families and the police and says Halloween brings the dead closer to us.

View the interview on Daily Star

A professional spiritual medium who says she was born with the power to contact spirits has opened up about her communications with the dead.

Erika Gabriel, from Pennsylvania, in the US, has been a medium since childhood but started delivering messages from the other side, what she calls “Spirit”, 13 years ago.

Now, she works with families to contact loved ones, investigates police cold cases and even helps people with hauntings.

Plus, the medium even knows the reason why the spirit world is more active on Halloween.

Speaking to the Daily Star, Erika said: “I was born a medium, I’ve always been a medium, I started noticing things were different, at around the age of 7, but I didn’t really know what it was.

“I was an overwhelmed and terrified kid, I slept on my parents floor because I didn’t want to be alone because I thought I was being haunted and I thought there were scary ghosts everywhere.

“But that was because I didn’t have any understanding that Spirit was so much bigger than just hauntings.”

She explained that spirits can contact her in a number of ways – including visual images, telepathically, in words or even smells.

Erika said: “If you think of a movie that you know really well, that you’ve seen a million times, it’s like a recollection of something you know.

“So it comes through in all different ways, I do get smells and hot and cold at times. And, when someone who’s crossed over is trying to show me how they’ve passed, at times I will feel some kind of intensity in that area. So if it’s a heart attack I can feel that a little bit, if it’s a sudden passing then I have symbols that they show me for sudden passing.”

Erika claims that as she grew to know her own spirituality she saw the “love, light and positive energy” of the spiritual world as well as the “darkest of places”.

And, while she no longer does house clearings – when a ghost is removed from the space it is haunting – she does help others to clear their homes themselves.

Erika commented: “When I used to do house clearings that would be very dramatic, I had lights flickering on and off, I had books falling down, I would walk in a room and they would turn on TVs.

“So now I teach others to do that themselves.”

Plus, the medium works with families who look to contact their loved ones or to find the cause of mysterious or unknown deaths.

Erika told us: “Mysterious deaths are really emotional, I had one woman who’s brother had died and they didn’t know what had happened.

“They found him floating weeks later in a river and when I read for her it had been around 20 years and they had never found anything, but what was amazing was that he came through and he was the nicest guy.

“He showed me that they were standing by the river and that he got in a fight with two guys over money and he was murdered right then and there.

“What was amazing is that she said they found his wallet right by the edge of the river and she was able to confirm all the details.”

And, it looks like Halloween is a prime time for spiritual energy – with ghosts feeling called down to loved ones.

Erika told the Daily Star; “Connecting with spirit is all about intention and attention. So you set an intention to connect in a safe way and then you pay attention and you be specific.

“What’s interesting about Halloween is that it’s not that there’s more spirits around on Halloween, it’s that we are placing our intention and attention on the spirit world.

“So we create this energy and spiritual connection. It’s all energy so it’s like when everyone is thinking about ghosts, does that create more energy? Absolutely. But that doesn’t mean there’s more around on that night than other nights.

“They’re always around, but if we calm, still and focus on a certain area that can give them space to come closer.”

And, you don’t have to worry…

The medium added: “With people that get scared about being possessed or haunted, I think of it like this – if someone was murdered and they were in Spirit and they could hurt people… wouldn’t they just come back and murder their murderer and get revenge?

Click here for more information and to schedule your Reading.